How to Introduce Religion to Older Kids Exposing older kids to religion can be both exciting and bonding. Because young adults are in a phase of their developmental stages where they’re curious about themselves and the world around them, introducing older children to religion can mean the ability to help shape a belief system and/or encourage independence.

For many, especially those who have not been raised with religion, experimenting with religious belief systems can set a child up for not only hope but an internal set of values. Imperative to self-identity, religious affiliations can change the tone of a person’s life. For this reason, before talking to an older child about religion, there are things to consider.

What if their mind’s already made up?

Some kids have already been exposed to organized religion. A Catholic, at age fourteen or so, goes through the sacrament of confirmation. It is at this time when the young adult is given a confirmation gift and makes a public commitment to the Catholic church. For teenagers like this, the best way to support them is to celebrate with them their chosen faith, regardless of your own.

What about a young adult with no religious experience or background?

For other older children who might not have had exposure to formal religion until they find themselves enrolled at a private Christian college or through peers at school, the conversation will be different. Where they first enrolled wondering if colleges run background checks on students or even worrying that they wouldn’t get accepted because of a lack of religion, they might now be more curious. Young adults in a situation like this could also be exposed to religion for the first time through mandatory courses or even Thanksgiving breaks with their peers and their families.

If the young adult you care about comes to you with questions, the best thing you can do is encourage them to experiment. Be a listening ear but not pushy. Share your own experiences, but don’t push those on them. Religion is a personal thing, and what works for you might not work for them. For some people, religion isn’t even important. But that doesn’t mean they have nothing they believe in. For an atheist, for example, while they have no formal affiliation or belief in God, it doesn’t mean they don’t have a higher power of some sort. The universe, science, or even self could be what they turn to when things get hard.

What if their views differ from my own?

The best thing you can do for young adults curious about religion is to help them become exposed to all their options. For religious folk, think of this as a case of letting go and letting God direct. Anyone with real experience with young adults understands that the natural way to push a child against something is to push them toward it. In pushing your own rigid belief systems on a curious child, instead of letting them take a natural interest in your religion, you might find them no longer coming to you for advice about religion at all.

Older parents planning families could later run into particular changes as Generation Z continues to make big steps toward both diversity and independence. That is, just because you took your religious lead from your family, it doesn’t mean teens will do the same. As fiercely independent thinkers, this next generation will weigh their choices, including on religious beliefs, more than any before. With the internet and research at their disposal, too, they’re more inclined to make up their own minds and dismiss anything you try to push on them. For this reason, when talking to an older child about religion, it’s important to keep an open mind and allow them to come to their own conclusions. In doing this, you might even find that they come right back around to agree with you. 3 Things To Know About Delta-8 Tetrahydrocannabinol 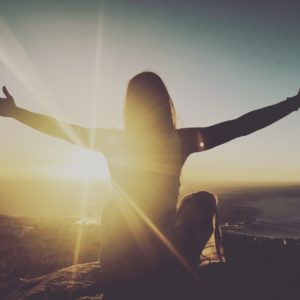 How To Reboot Your Life When It Seems Too Late